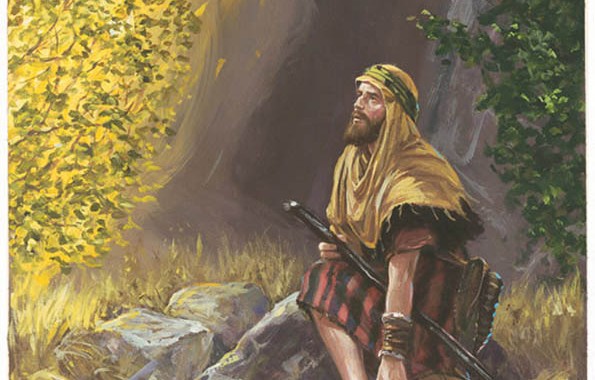 The 8th chapter of the first book of Samuel is often quoted at ordinations:   “Here I am , Lord.” God called to Samuel and in the 10th verse, and Samuel answered.

The LORD came and stood there, calling as at the other times, “Samuel! Samuel!” Then Samuel said, “Speak, for your servant is listening.”

Sometimes God calls us in a shout, but more often in a whisper. Or a tug at the heart. Often the call is something we feel we cannot possibly do, so we tuck it away for later. But God knows what He wants you to do and He has more faith in us than we do in ourselves. If we are called to do something we find easy, we are likely to take credit for it and allow ourselves to become more important than who we serve.

So, instead, God calls us to reach beyond ourselves and our abilities. Moses was pleased when God spoke to him in the burning bush and told  him He was going to deliver the Israelites from Egypt, but he panicked when he was the one called to lead them. He doubted his ability and in Exodus 3:11, he even argued with God:

But Moses protested to God, ‘Who am I to appear before Pharaoh? Who am I to lead the people of Israel of out Egypt’”

Despite his feelings of unworthiness, Moses obeyed God. The task proved to be as difficult as Moses predicted, but he persevered by God directing him every step of the way.

And so it is with us and our callings. We answer, “Here I am, Lord.” But we add, “Who am I, that you should choose me?’ God has given each of us a calling. Some of us are called as clergy, others as teachers, others as parents, still others as physicians and nurses. We are who He wants for the task, and by trusting in Him and following His direction, we can perform the task in a way that brings glory to Him.

God is calling you. Will you answer or let Him go to voicemail? 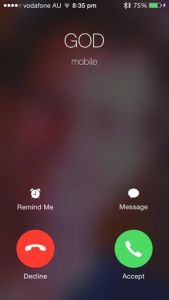